10 of the Best Animal Shelters in America! 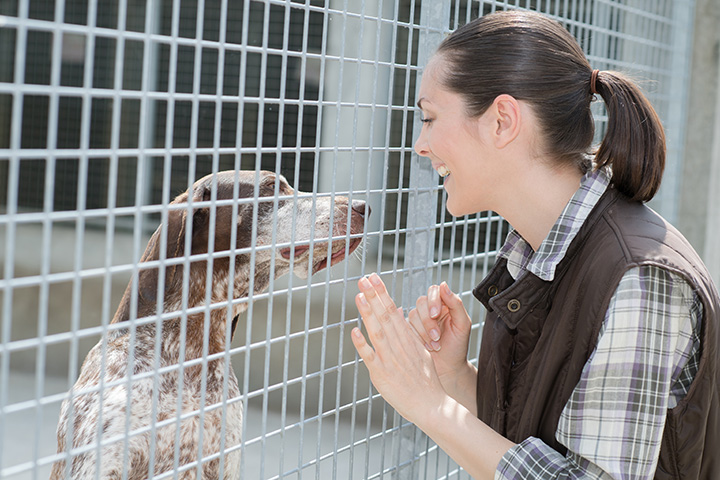 We've all seen those TV commercials with the sad-eyed dogs and kittens, staring mournfully through the bars of their cage. The hopeful reality though, is that there are thousands of dedicated animal lovers who work to help those abandoned and injured critters, and find them loving, forever homes.

But it's an uphill battle: about 5,500 dogs are euthanized each day in shelters, mainly due to overcrowding. To combat this sad statistic, many shelters work tirelessly to educate the public on the importance of spaying and neutering to reduce overpopulation. Another part of most shelter missions is to encourage "adopting" a shelter pet over "shopping" for one in a pet store (most of which come from horrifying "puppy mills").

There are about 14,000 animal shelters in America, handling about 8 million animals each year. Here are ten that get two "paws up."

They're the world's largest no-kill rescue and adoption group, and one of the oldest - they began their mission in 1944. They send mobile adoption units out into the community, and partner with shelters around the world for Pet Adoptathons, where the goal is to place 20,000 animals in "forever homes" in a single weekend. NSAL is also active in education, reaching out to kids to help end animal cruelty and raise awareness of the importance of spay/neuter.

They were originally formed back in 1891, but starting in 2002, they made a concerted effort to become a no-kill shelter. Through an aggressive series of spay/neuter clinics and foster programs, they've saved nearly 35,000 animal lives since then.

This non-profit group is devoted to providing a safe place for blind cats, which are often deemed "unadoptable" (even though blind cats are as active and loving as sighted cats). Since 2005, they've worked to find homes for these kitties, and to educate the public on living with blind cats. They offer a program where local kids can come by and read to the cats, improving reading skills and compassion for animals.

They are very active within the community, linking local groups like the Boy Scouts with their animal-related events. This shelter combines education and service opportunities (dog walking seminars, anyone?) with innovative adoption events. Thousands of area cats and dogs have them to thank for their forever homes.

As one of the largest no-kill shelters in the state, it works with a network of veterinarians, behaviorists, trainers and more to give every animal - no matter their temperament - the best chance at finding a loving home. They've successfully found "forever families" for over 40,000 dogs and cats in their area.

Over 3,000 cats and dogs come through this facility, the oldest no-kill shelter in the northern part of the Lone Star state, where they receive medical care, playtime and socialization. Since their founding 40 years ago, they've saved more than 85,000 animals. This non-profit is active in providing obedience training to their adoptable dogs, to give them the best chance at being a great family pet.

They have a well-known sanctuary in Kanab, but work with many cities around the country to end the killing of 17 million cats and dogs in shelters. They actively lobby to end puppy mills, assist in trap/neuter/return initiatives on stray cat colonies and push education on spay/neuter and the importance of "adopting" over "shopping."

Since 1932, they've worked tirelessly to provide a safety net for animals and to find homes for every one that comes through their system. They care for over 15,000 animals a year, from dogs and cats to rabbits, reptiles, birds and small animals. They are active in educating the public and providing low-cost spay/neuter services. They also offer special adoption programs for seniors, veterans and more.

Founded in 1971, the state's oldest, largest no-kill shelter rescues and re-homes about 5,000 cats and dogs each year, most from other shelters where they were at risk for being put down. In addition to adoption events, they offer obedience classes for dogs and many other educational and classroom programs for the community.

It began when Tony La Russa, then the manager of the Oakland A's, discovered a stray during a game with the New York Yankees. When he realized there weren't any "no-kill" shelters in his part of the San Francisco area, he and his wife launched this one. Since 1991, it's been at the forefront of reducing animal overpopulation through spay/neuter programs, and through unique adoption events, such as matching pets with veterans.